For my visualization project I chose a political cartoon to show in my 11th grade US history class near or at the end of their Civil War unit. I chose this political cartoon as a primary source for my students to use to help deepen their understanding of some of the views of people who lived through the Civil War.

As soon as I saw some of the ThingLink examples of previous class projects, I knew that I would be using this platform for this assignment and in future teaching. Analyzing photos, paintings, and various other images with students is an invaluable activity that promotes understanding of content, and practices literacy skills. The ability to create a ThingLink image with annotations, connections to other resources, relevant materials, and even music is amazingly simple and can have a huge impact on the student’s understanding, retention, and image literacy skills.

In creating this visualization project, I found that I paid greater attention to the cartoon and analyzed it in a deeper way than I would have otherwise. Personally, I have a habit of skipping images and graphics in texts because I am text oriented and learn best that way (unless it’s math). I noticed symbols and images and connected them to events and ideas in ways that reinforce the content. I connected different images in the cartoon with a variety of multimedia; some are textual, a map, a connection to current events, a video, and wrote questions for students to answer that connect their analysis of the cartoon to their knowledge gained from the unit or current events. By Washington Post, adapted by Newsela staff
Click here to read
Summary: Texas school board approves a biased and possibly inaccurate textbook.Texas changed state wide social studies standards in 2010 to be less liberal on slavery and race. States rights and slavery are the same issue, not separate ones.
Texas has a history of retconning the past to fit the present. South Carolina on the other hand has done an admirable job of owning their history. While students in Texas might leave the classroom thinking that the Civil War was marginally about slavery, students in South Carolina will have the knowledge from more accurate sources, such as government documents and personal letters, to build a more accurate concept of the Civil War.
Qualitative: The text structure of the article is slightly complex. There are clear connections from the piece of evidence to the claim, and the only text features are headings on sections which helps organize ideas. The language features are moderately complex, the claim (thesis) is very straightforward and the article does not allude to or explicitly connect the revising of history to political or social motivation. The purpose of the article is very explicit. The knowledge demands are slightly complex, mostly relies on familiar knowledge for the average American, but it does reference some specific knowledge that one needs a slightly more than average base about the Civil War to understand the connection.
A qualitative breakdown of the text shows that is closer to a 9th grade level than the stated 7th on the site, and in some areas it surpasses even that.

Usage: This is a useful text for introducing a DBQ (document based question) unit on the Civil War. Students frequently complain about having to read so much, but this article could help scaffold the idea that the best way to get information, biased as it might be, is through primary sources. It also brings in a modern connection. Students can consider the importance of critical analysis of texts that are chosen, even if they use it as an excuse to question you!

Summary:  This is a quick list of facts about the proclamation that further explain its reach. Each of the 10 points has more explanation.

Qualitative analysis: The text structure is moderately complex.  The points following in a deepening complexity of how the Emancipation Proclamation had a ripple effect on the war. The list form is similar to a Buzzfeed article so students most likely are familiar with it and it helps organize the different impacts the proclamation had. The photos enhance the reading but do not directly affect the reading.  The language features are also moderately complex. It relies on a fair amount of higher level words but the content is fairly straightforward. The sentence structure is a little bit more complex, but nothing that would be too far outside of a high schoolers’ level. The purpose of the piece is very explicit and clear. The knowledge demands are very complex. Readers need to know a fair amount about the Civil War and what society was like at the time of the Proclamation.

As one can see from the graphic below, this is considered a very high level of complexity. I disagree with placing this above high school level. With proper support and scaffolding, this is a great text to use.

Usage: The best way to use this would be to chunk the facts into smaller groups, perhaps augment them with a timeline of the Civil War, and assign chucks to different groups to focus on.

Questions: How did Lincoln feel about slavery before the War?

Check out the maps here

Summary: A large collection of maps showing different battles during the Civil War. Each map has a small description of the event the map is depicting and statistics on the number of casualties.

Qualitative analysis: The text structure of these are slightly complex, everything is directly connected to an event during the war. The features are easy to understand and the map selection process is as easy as a click. The graphics usage is very complex in that the maps are necessary to actually read and understand the text at all. The language features are slightly complex except for some conflict or war specific vocab and adverbs that students might be unfamiliar with. The purpose is explicit in their usage of a visual paired with a summary of the battle it is depicting. The knowledge demands are very complex because you need to know about the battles and the general progression of the war for the maps to be of significance or use.

Usage: I plan to use these maps during my Civil War unit when we have a lesson on battles. These are useful for showing the movements of both North and South during some very important battles.  Having such a variety of maps can help them better conceptualize the scale of battles.

Questions: Did the Union forces have primarily defensive or offensive strategies? What are some reasons why they would choose that strategy? 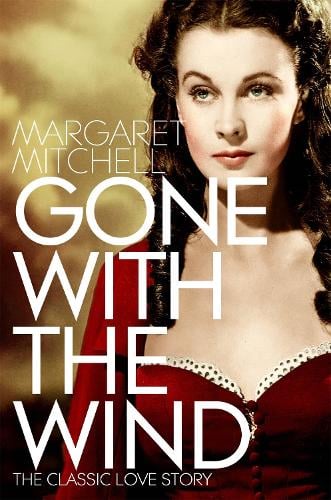 I am currently reading a book on how Americans’ conception of, and relation to, death was fundamentally and irrevocably changed during and after the Civil War. I have never been particularly attracted to US history, but being on the other side, being allowed to choose the content, texts, activities, and materials we use in a classroom means that I can take my previous ‘meh’ attitude and create something that would have, and does appeal to me.

That’s not to say that my unit will be only things of interest to me, my students and their needs are the most important thing in my classroom. I can take this unit to different and hopefully more relevant and appealing places so the majority of my kids don’t experience the same disinterest and disengagement as I did.

Currently I know the basics of the Civil War: the Southern Confederacy tried to succeed from the United States in an attempt on many different levels to preserve economic, political, and cultural stability. I want to go more in depth on the reasons behind and beyond preserving slavery and have my students understand why States rights and economics were also huge factors. I want to present primary sources from soldiers of color, on both sides, and include art and culture that were produced during the period for critical analysis.

I have a few YouTube videos I will evaluate for content and usefulness, my own book and research, the class text, 3 different DBQ’s, background worksheets, primary sources from politicians, soldiers, citizens, and abolitionists, and my cooperating teachers previous lesson plans to utilize as resources.

Youtube videos: What Caused the Civil War? or 3 Min History

I am very excited to remake something that disengaged me as a student into something that will be relevant, interesting, and educational for my own students.

I am Brianna Crea, I am originally from Stillwter Minnesota , but chose UW-Milwaukee fo college. Currently I am pursuing a teaching certificate in Early Adolescent-Adolescent Social Studies education.

After I have earned my teaching certification I will be finishing an American Indian Studies certificate at UW-Milwaukee and finding a SS teaching position at a reservation school.

I became interested in indigenous history through the stereotypical nat geo specials on South American and Mexican  indigenous peoples history and archaeology. While exciting, it was not necessarily academically accurate. Through anthro courses, I became interested in the living descendents of those cultures and took my first American Indian history course and it was love at first reading/lecture.

As my understanding of past and recent historical events and interactions between the US and American Indian Nations grew, I became aware of the lack of equity or equality in terms of representation, education, environment, rights, and so many other social areas.

My goal is to provide quality education to and about underserved populations in the effort to reach that equality. Teaching a generation of children the skills they need to make the most of their potential is my professional and personal goal.